I think it’s a trait of all dads to have the ability to make their daughters feel awkward.

Titanic was one of the biggest movies back when I was middle school. I wasn’t allowed to see it until after we read a play version of the entire movie in my 7th grade class…so I already knew most of the details of the movie. My parents then finally let me borrow the movie on VHS from our neighbors (it belonged to their 8 year old daughter). However, I wasn’t allowed to watch it alone. Since it wasn’t really my mom’s sort of movie, my father was assigned to watch it with me.

That’s right…I had to watch Titanic, the love story of my generation, with my dad. And that wasn’t the half of it.

When it reached the point where Jack draws Rose naked…

Me: Can’t you just fast forward it?

Dad: Then how would I summarize what happens?

He didn’t have to summarize, as I just stood outside the room and could hear the entire scene. I was allowed to return, only to have it be the car incident.

Dad: Okay honey, back out.

Dad: Your mother said you’re not allowed to watch it, so out.

Me: But you don’t see anything in this scene besides a hand! 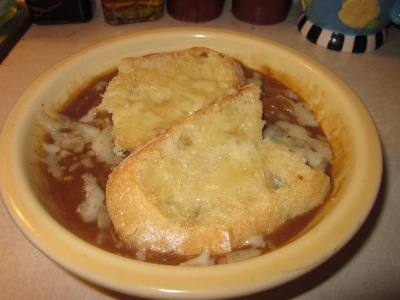 Note: If you want to make a non-alcoholic version, substitute whiskey and sherry with additional broth.