Little brothers can get the best of you.

Growing up, my dad and I would have our Sunday night tradition- watching Alfred Hitchcock movies on the classic movie channel on Sunday nights. There was nothing like a big bowl of popcorn, ginger ale, and a good thriller (especially knowing that Dad was there to protect me in case I got too scared!).

I should probably take a quick moment to state that I get *way* to into movies/books/tv shows…to the point where I will cry during sad or emotional scenes (let’s not talk about that google chrome commercial from a few years back), yell out encouragement to movie characters (yes, in the theater), or practically look like I’m having a seizure from wringing my hands during stressful moments. And yes, this is quite enjoyable for other people to witness.

On this particular Sunday night, my dad and I had watched Psycho. As always, I had gotten a bit scared, but with Dad there I was able to tough it out. Afterwards, I hopped into the shower to start getting ready for school on Monday.

Now, for those of you that haven’t seen the movie, there is a memorable scene where a woman is stabbed through a shower curtain.

You can probably already see where this story is going.

My mother, bless her heart, told my middle brother of a wonderful trick he could do…all he had to do was grab his huge plastic pirate sword.

So, here I was, showering, thinking about going back to school the next day, still a bit on edge from the movie, when the next thing you know I felt myself being jabbed through the shower curtain with a knife-like object.

Let’s just say that my vocal cords gave a performance worthy of Psycho itself. It’s a wonder my brother still has his hearing.

P.S. Years later in medical school, the cat I had hit me with her paw through the shower curtain when I wasn’t suspecting it while getting ready in the morning. It’s amazing the cat isn’t deaf, either. 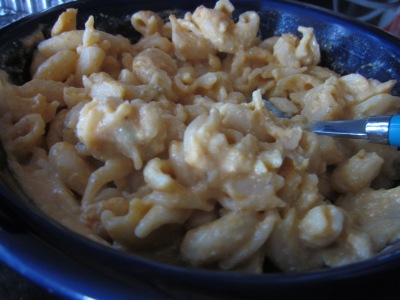 maybe the carbs will help lull me to sleep

39 thoughts on “Psycho and Pumpkin Pasta”